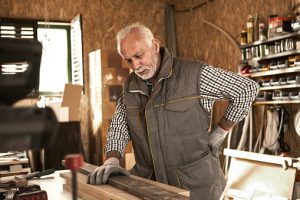 Workers throughout California suffer on-the-job injuries and illnesses far too frequently. When a worker gets hurt and it is clear his injuries are work related, it should be simple for the victim to pursue a claim for benefits. In some cases, however, it can be harder to prove an illness or ailment is actually related to job tasks. Under these circumstances, workers or their families may need to call in experts to provide testimony about the cause of their work injury.

One recent example of a difficult workers' compensation claim was reported on by Safety News Alert. The incident involved a worker who had died of a heart attack while he was on-the-job.

His widow claimed his injuries were work related and sought workers' compensation benefits but it became necessary for multiple stages of appeal to take place before she was able to get the benefits that she needed.

The pressure was high to get the valve working properly in order to avoid grounding planes. The process operator was asked to obtain additional insulation to cover the valve and try to get it working again. To do this, he had to walk across frozen, snow covered ground in freezing temperatures in order to get to a storage facility. He subsequently suffered a heart attack later died. This prompted his widow to apply for workers' compensation death benefits, which were denied at first.

The widow was likely successful in large part because of the testimony given by a specialist in the field of cardiology diagnostics. The expert testified the conditions at his work-- including both the stress and the cold temperatures-- were a cause of the heart attack he had suffered.

The case is illustrative of how far someone may need to go to get workers' compensation benefits when they have an illness or injury which is related to their jobs but where the cause can be hard to prove.