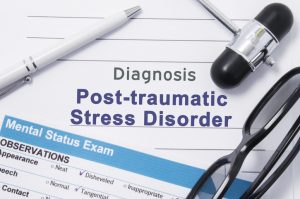 SB 542 protects a large group of CHP, various firefighting units, police, sheriffs, parole officers, correctional officers and more. It creates a rebuttable presumption that these individuals diagnosed with PTSD incurred the PTSD as an industrial injury.

Key Parts of the Legislation

What dates of injury are covered?

The bill is not retroactive and applies ONLY to injuries occurring on or after January 1, 2020. The bill sunsets on January 1, 2025. It is repealed as of that date unless extended by later legislation.

Who decides if workers are suffering from PTSD?

Post-traumatic stress disorder, or PTSD, is defined using the “most recent” edition of the American Psychiatric Association Diagnostic and Statistical Manual of Mental Disorders. The definition may change when newer editions are published, however.

Is there a limit on the length of employment required to be eligible for the PTSD presumption?

For the presumption to apply, firefighters or peace officers be on the job for at least six months. Exceptions apply if the triggering event is a “sudden and extraordinary employment condition." The definition of “sudden and extraordinary” is not defined in the legislation, however. It is a term also used in Labor Code 3208.3 which the courts and Workers Compensation Appeals Board ('WCAB') have provided guidance in interpreting.

Am I still covered if my employment ends prior to my PTSD diagnosis?

The bill also extends the presumption following termination of service for a period of three months for each full year of service, not to exceed 60 months from the last date actually worked.

What does it mean the PTSD diagnosis is a 'rebuttable presumption?'

It means it can be disputed and challenged by other evidence indicating the PTSD diagnosis is not due to work. However, the presumption applies unless the WCAB finds that the presumption has been overcome.

If you’re a firefighter or peace officer suffering from PTSD, please seek professional counseling and help. Should you need assistance in filing a workers' compensation claim for your PTSD, the McLaughlin & Sanchez are experienced in representing firefighters, peace officers and all workers with over 50 years of combined legal experience fighting for workers' rights.