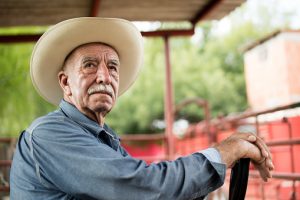 Q:  I was injured at work, but I am undocumented, can I still get my medical care covered for my work injury?

California law does not care if you were legally or illegally employed when you got injured, just that the injury happened while working for your employer. Thus, undocumented workers are eligible for medical care paid for by the employer and other benefits under California's workers' compensation laws.

In 2003, the California Legislature passed Labor Code 1171.5 which provides:

"For purposes of enforcing state labor and employment laws, a person's immigration status is irrelevant to the issue of liability, . . ."

The law even goes further and provides the immigration status of the undocumented worker is not to be asked about during the handling of the case except in rare circumstances which rarely apply in a workers’ compensation claim. In fact, I have never had a case since 2003 in which a Judge has ordered my client to reveal his or her immigration status.

McLaughlin has more than 25 years of experience in workers’ compensation law. His firm also practices in the area of the Longshore Act, Defense Base Act, Non-Appropriated Funds Act, SSDI claims, personal injury, employment law, and wage and hour claims. McLaughlin also previously served as President of the California Applicants’ Attorneys Association’s San Diego County Chapter. In addition, he’s a published academic and a distinguished lecturer on the rights of injured workers.