Locations
Home > Blog > This Thanksgiving, Thankful For The Privilege To Vote

This Thanksgiving, Thankful For The Privilege To Vote 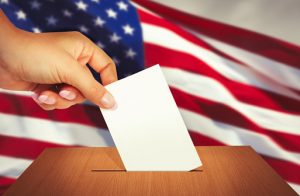 About two weeks ago, our Country had the 2018 midterm elections. It has been claimed these midterm elections had the highest turnout since 1966. I do not know if that is accurate, but I know of one who turned out for the first time to vote.

My duties as President of CAAA (the California Applicant's Attorneys Association) required me to be in Los Angeles on election night. I hailed a ride to an election night event from my hotel to watch the election returns. I had an "I Voted" sticker on the label of my suit jacket.

As I got into my ride the driver stated: "You are my first ride today who has the 'I Voted' sticker on." I asked if he voted. His response was eye-opening.

He told me this was his first ever vote in a U.S. election. He had become a citizen about 18 months earlier. He was originally from Armenia and came to the U.S. several years earlier.

When I asked him if he voted in Armenia, he said 'Yes', but it did not matter. He then told me about how elections in Armenia are not done in a free and fair manner. He told me how fraud is so common most of the citizens do not vote because the winner is predetermined before the election even starts - so why bother. The elite of the society decide the winner to protect their business and personal interests and the general public does not count - despite their casting ballots. Voter fraud is sadly common in Armenia.

I did not ask how the election turned out for him based on his preferences, but how he felt about voting in his first U.S. election. His response was not a surprise. He stated he was proud to have voted - regardless of what candidate or initiative he voted for or against or pro or con won or lost - because he knew his vote would be accurately and fairly counted.

As I left the car to go to my election night event, I thanked the driver for his service as a new U.S. citizen and taking seriously his electoral responsibilities. I wished him luck on his positions and candidates winning. He just smiled back - the knowing smile of someone who appreciates what they have been granted and understands the true value of the simple privilege of a vote fairly cast and counted regardless of the outcome.

A privilege we citizens often take for granted, but one I am very thankful for this Thanksgiving.