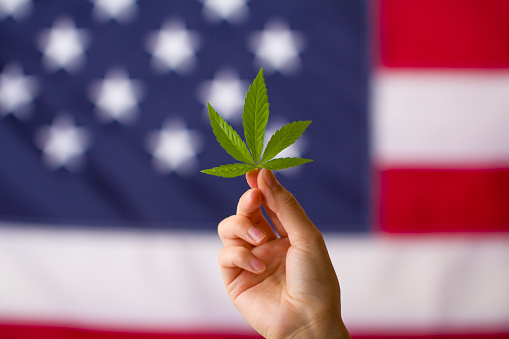 The proportion of U.S. workers who tested positive for marijuana use rose in 2020, according to an analysis conducted by Quest Diagnostics, one of the largest drug-testing laboratories in the country.

The percentage of Americans testing positive for any drug plateaued in 2020 at 4.4%, little changed from the 4.5% reported in 2019 – the highest level of positive urine-based drug tests in 16 years.

Impact of the pandemic a potential factor

It was unclear whether the higher rate of positive marijuana tests was related to the stresses of working through the coronavirus pandemic. Barry Sample, senior director for science and technology at Quest Diagnostics, noted that the rate of positive tests for drugs had already been trending higher even before the pandemic.

“There is concern about the potential impact that COVID-19 is having on depression and people’s substance use patterns,” he said.

Experts at the National Institutes of Health point out that it has been more difficult for people struggling with addiction to access treatment programs and hospital emergency rooms during the pandemic.

“All of these aspects are translating into much more stress,” said Nora Volkow, director of NIH’s National Institute on Drug Abuse. “And stress, as we know, is one of the factors that leads people to relapse. Stress is also a factor that leads many to increase the consumption of drugs.”

Though the rate of positive marijuana tests has increased, fewer employers in the United States test for that drug. In the past 5 years, the number of urine drug tests that screened for marijuana declined by 3%. In states where recreational use of marijuana is legal — like California — they declined 6%.

Marijuana testing policies are changing in some areas

Dale Gieringer, California director at the National Organization for the Reform of Marijuana Laws, argues there is no relationship between positive marijuana tests and workplace performance, as the tests detect inactive metabolites that can remain days after the use of marijuana.

Michelle Bearden, chief risk officer for Houston-based staffing and recruiting firm Link Staffing Services Inc., says that the company has not changed its policy on drug testing as it hires for manufacturing and other positions that require employees to operate machinery – jobs that are safety-sensitive.

In the construction industry, which is also safety-sensitive, positive tests for marijuana increased to 2.5% in 2020, up from 2.2% the year before.

Safety is a big concern in the industry, in which thousands of workers are injured in construction accidents every year. Employers and insurance companies may try to use positive drug tests against injured workers to prevent them from recovering the workers’ compensation benefits they need and deserve.

Our firm fights for injured workers throughout San Diego County

If you’ve been hurt at the workplace, contact us today for a free case review.