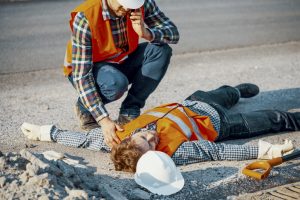 According to Census of Fatal Occupational Injuries data, the number of worker fatalities across the United States increased from 5,147 in 2017 to 5,250 in 2018 – a two percent increase. The report was released December 17, 2019 by the Bureau of Labor Statistics.

The report also shows that the overall worker fatality rate has remained the same at 3.5 per 100,000 full-time equivalent workers. This accounts for a slight decline from 2016, when the rate was 3.6.

What are the leading factors in 2018 workplace fatalities?

The report also found that:

How is California impacted by the increase in workplace fatalities?

California has seen a 22 percent increase in workplace fatalities since 2014, according to the latest report the Department of Industrial Relations.

The department pulled data from the Census of Fatal Occupational Injuries, which shows that 422 California workers were fatally injured in 2018. That’s an increase of more than 12 percent from 2017 alone.

Douglas Parker is the Chief of the California Division of Occupational Safety and Health (Cal/OSHA).

“Every death matters, and these workers who lost their lives on the job in California serve as a reminder that we need to do everything possible to keep workplaces safe,” said Parker in a written statement. “An increase in workplace fatalities is a serious concern for Cal/OSHA. We are analyzing the data to bolster and direct our enforcement and education efforts.”

How can I receive workers’ compensation benefits if I’m hurt on the job?

The increase in workplace fatalities in California and nationwide is an indicator that anything can happen without warning. Workers sacrifice their lives and health each day to earn a living. A simple misstep, error in judgment, or ignored safety procedure can turn into a catastrophe.

Filing a claim and pursuing benefits isn’t as easy as it sounds, however. An experienced San Diego attorney at McLaughlin & Sanchez can guide you through this complex process.

Our attorneys know how the workers’ compensation system works and ensure that your paperwork is filled out properly and all required materials and documents are presented at trial.

Contact us online today to find out how we can help you.